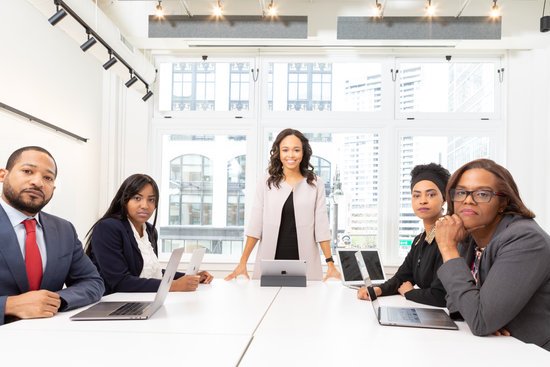 If you have ever been asked to take Minutes at a meeting, you know how it feels, you go weak at the knees, your breathing becomes more rapid, and the sweat begins to trickle from your brow.  “Why me?” you say, “Can’t someone else do it?”

These feelings are understandable if you are unprepared for the event, however there are a number of tips and tricks to the skill of taking Minutes, and as you read on you will discover some interesting tools that will make the life of a Minute Recorder easier, so, when you are asked to take on the role of ‘Minute Taker’, try to take a positive attitude and say ‘Yes, I can do that”.  Given a little support all of us are capable of writing Minutes.

Historically, the ‘recorder’ was known as the Minute Secretary where the tools of trade were a shorthand notebook and a number of sharp ‘H’ pencils. We are a little more tech ‘savvy’ these days, and it is not uncommon to see a laptop being the key component of the expert Minute Recorder’s tool kit.  Laptops equate to less down time, rather than time spent in transcribing copious pages of notes after the meeting.

Preliminary Actions – To ensure expediency, templates for the Agenda, Minutes & Action List should be created in line with the documentation protocols of the business entity.  This will make it exceedingly easy to utilize these documents for any type of meeting.  By using ‘tables’, it is easy to tab between information ‘cells’.

As the Minute Recorder you must be adept at understanding the basic responsibilities of the position, and able to carry them out effectively and efficiently.   To enable engagement between the Minute Recorder and the Chair, it is a basic requirement that these two people would head the table.  This will allow direct communication to occur, in regard to discussion around the table and how the Chair would like that discussion reflected in the Minutes.

Taking Minutes – The most important aspect of taking minutes is that they are not a record of WHAT was actually said.  They are a record of who attended, what issues where raised, and consequent decisions made, actions required, and if necessary, what the major factors were in reaching the decision.

Minutes are only valuable if they are accurate, and reproduced in an acceptable time frame.  They should not be a verbatim report of discussion, as they become ‘bogged down’ in tedious detail, and will not address the salient points of the outcomes of discussion. It is more valuable to be a summary at the end of each item of discussion, noting the actual decision made and reflecting the key reasons for the decision.  This could be of value where a decision may be questioned at a later stage.  It is of course important to note all actions, who will undertake the action and in what time frame the action will be taken.

Minutes should, be a correct report of what actually took place at a meeting.  It may be of assistance to use a tape recorder to assist in transcription.  It must be made clear at the start of a meeting however that it is being recorded and once Minutes are complete, the tape will be erased.  Each attendee must agree to this.  However, using a tape recorder is labour intensive, due to the time required to transcribe, plus the recording may not be muffled and difficult to understand the discussions.

Minutes should record all motions that have been discussed. Motions are statements of what has been agreed.  They will reflect name of persons ‘moving’ and seconding with a vote from the floor.   The Recorder will be requested to read out the wording of the motion, to ensure each person understands what is being agreed to.  Minutes will therefore be able to record the exact outcome of discussions undertaken.

If there is a resultant action from a discussion or agreement, the word ACTION should be shown in CAPS / BOLD in the Minutes which can then be cut and pasted into the Action Schedule.  This will reduce the amount of time spent creating the Action Schedule and should reflect the actual numbering from the Minutes making tracking items easily managed.   The Schedule will be used in the next meeting’s Agenda under ‘Business Arising from Previous Minutes’.  It will also become the control mechanism on actions.

After the meeting – Minutes should be completed as soon as possible, to ensure details are fresh in the Recorder’s mind, making it easier to reflect actual intentions rather than those assumed due to delay in completion.

Minutes will then be sent out in draft form initially to the Chair, so they can review content and ‘intent’.  Once reviewed they can be released to all meeting attendees.  These Minutes will then be presented at the next meeting for ratification and sign off by the Chair.  Should there be any issues with the content, then these can be raised at the next meeting to be recorded as ISSUES ARISING from previous Minutes.

If you follow these guidelines, the quality of the Minutes produced will be a credit to the recorder.